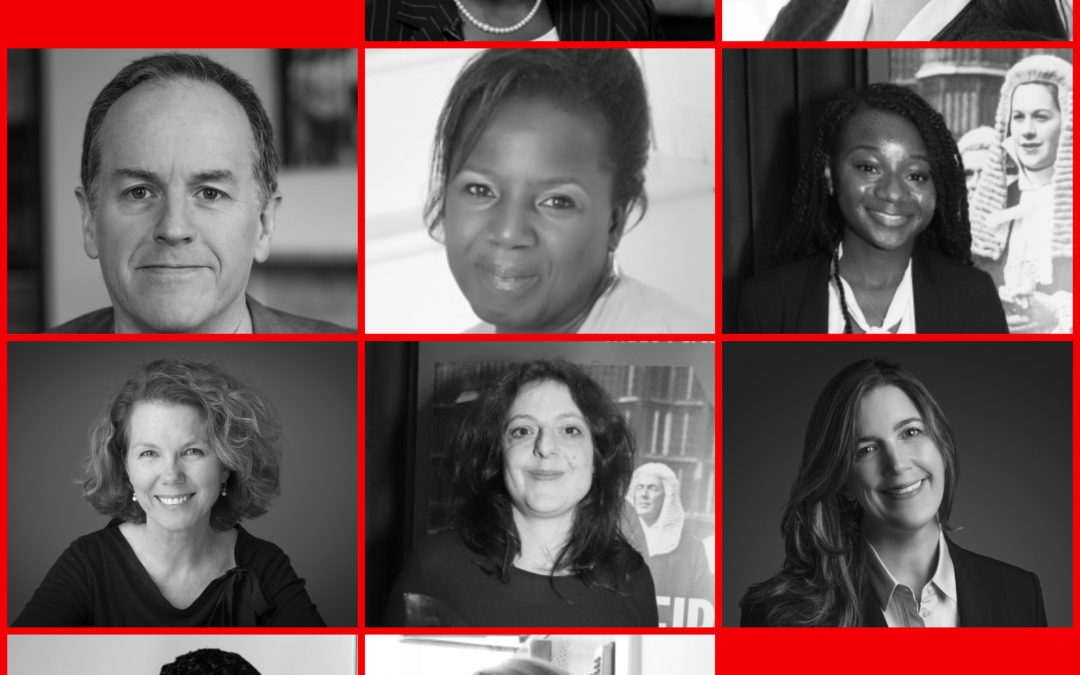 The Inspirational Women in Law Awards 2020 are now open! Make sure you nominate yourself, a fellow inspirational woman or male champion to be celebrated for driving much-needed change in the legal sector to make gender equality a reality. You can find out how to submit your nomination here.

We are pleased to announce the judges for this year’s Awards:

Catherine Calder is Joint Chief Executive of Serjeants’ Inn. Catherine draws on nearly 30 years’ experience in private practice, in-house and at the Bar, as a solicitor and in management and client relationship roles. She has worked in commercial, chancery, civil and public law. Clients quoted by Chambers UK note that she is “”seriously impressive and stunningly efficient”. Catherine is also a Trustee of Spark21, the charity that powers the First 100 Years project.

Millicent Grant QC (Hon) is the Past President (2017-18) of the Chartered Institute for Legal Executives. Millicent entered the profession as a legal secretary in a firm in King’s Bench Walk, Temple, with the intention of qualifying as a Legal Executive, as it was an ILEX requirement (now known as the Chartered Legal Executives (CILEx)) at the time for students to be working in a legal practice. Millicent qualified as an Associate of the Institute in 1978 and was admitted as a Fellow of the Institute in 1991, studying at evening classes and by distance learning to complete her qualification. Millicent has worked as a chartered legal executive in the private, corporate in house and public sectors. She is a Director of CILEx Professional Limited She received a UK Legal Diversity as BSN Lawyer of the Year 2017 and was recognised as a 2017 Woman of Achievement by Women of the Year Awards. She is a Council member of JUSTICE, and chair of Knights Youth Centre, a youth work charity.

Sean Jones QC is a Barrister at 11KBW and an Employment Judge. Since taking silk, Sean has quickly built a leading practice focused on complex and high profile cases. He acts for both claimants and defendants in claims covering the a wide range of Employment, Commercial Employment and Sport-related disputes. Clients identify, variously, team-working, approachability, breadth and depth of specialist knowledge and effectiveness in cross-examination as the particular skills Sean has to offer.

Elliot Moss is a Partner and Director of Business Development at Mishcon de Reya. He worked for Leo Burnett for 12 years, joining as a management trainee in London. Elliot became Managing Director of Leagas Delaney London in 2005 and in four years he helped the business to grow by 40%. Elliot hosts Jazz Shapers on Jazz FM interviewing leading founders. He also sits on the Development Board of the London Symphony Orchestra. He was shortlisted for the Law Firm Management Individual of the Year in the Lawyer Management Awards 2013. In 2012 he was the first non-lawyer to be included in the FT’s 10 most innovative individuals in the legal sector.

I. Stephanie Boyce is Deputy Vice President of the Law Society of England & Wales and will become its Vice President later this year and, in 2021, its President. This will make her the first BAME President in the Law Society’s history. Stephanie is an experienced General Counsel and has worked in-house at the Association of Chartered Certified Accountants (ACCA) and the Chartered Institute of Arbitrators. She is also a Law Society Council member representing the Women Lawyers Division and a champion for equality and diversity in the profession.

Dr Laura Janes won the Inspirational Women in Law, Solicitor of the Year Award 2019. She is Legal Director of the Howard League for Penal Reform. With a doctorate in youth justice, she has expertise in representing children and young people in penal detention. Laura was also the driving force behind ‘Equal to Everything’ the illustrated children’s book about Lady Hale, which is now an Amazon bestseller for children’s books.

Priscilla Osoba won the Inspirational Women in Law, Under-35 Lawyer of the Year Award 2019. She is a Trainee Solicitor at Burges Salmon and is on the management committee of Burges Salmon’s BAME network BCultured. Her work leading the network’s initiatives, such as the launch of the South West Black Professionals Network, helped her to win her well-deserved award last year.

Alison Eddy won the Inspirational Women in Law, Champion of the Year Award 2019. She is Managing Partner for the London office of Irwin Mitchell and heads their Medical Negligence team. She is a leading advocate of promoting a healthy work-life balance and flexible working, winning her award last year for the female-friendly environment she helped to create at Irwin Mitchell.

Catherine Palmer won the Inspirational Women in Law, In-House Lawyer of the Year Award 2019 and is an experienced General Counsel. As vice-president of the charity the Franco-British Lawyers’ Society, Catherine realised many French women lawyers put their careers on hold when they moved to London with their partners. She highlighted this issue and encouraged firms to support French-qualified female lawyers to qualify in England, as well as setting up the Prix Champagne Louis Roderer which is now in its fifth year.

Rehana Popal won the Inspirational Women in Law, Barrister of the Year Award 2019. Rehana is a barrister at 10KBW Chambers and runs a Public and Civil practice, undertaking work across a broad range of areas including Immigration, Refugee & Asylum, Administrative/Judicial Review, Civil and Education law. She won her award for consistently advocating for equal and fair treatment of disenfranchised groups. This has included setting up an NGO during her GDL to bring awareness to the challenges facing displaced people and working as an analyst on the UN Drone Inquiry.

Any cookies that may not be particularly necessary for the website to function and is used specifically to collect user personal data via analytics, ads, other embedded contents are termed as non-necessary cookies. It is mandatory to procure user consent prior to running these cookies on your website.