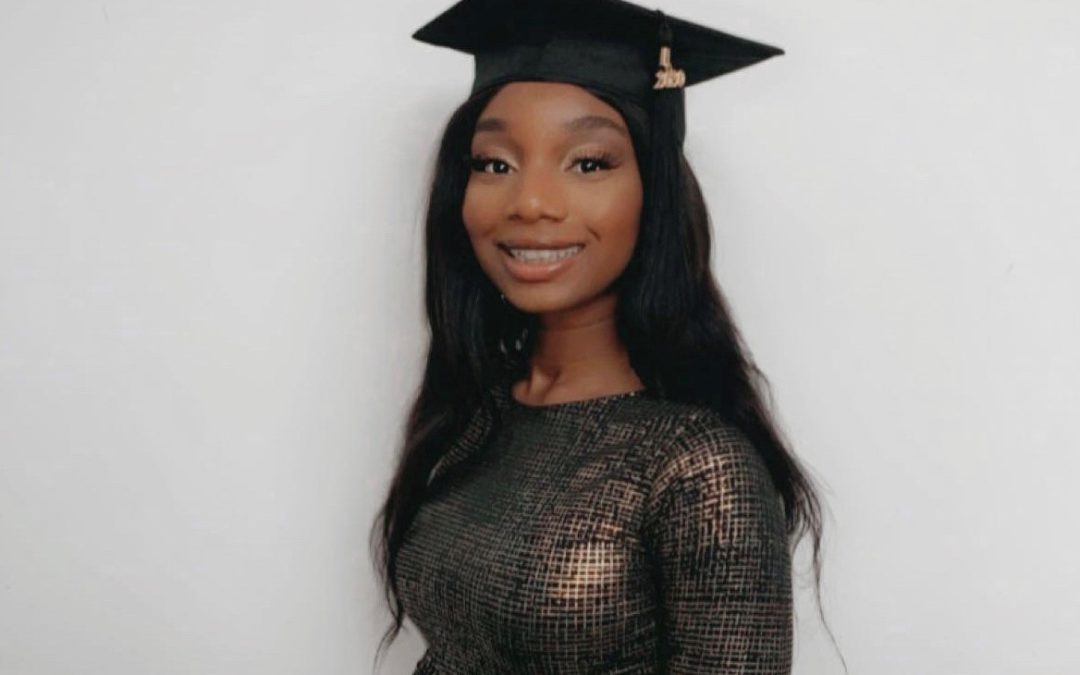 One of the winners, Pelumi Coker.

We’ve partnered with Aston University on two £2,500 awards to help the next generation of women in law with their studies and are thrilled to announce the winners. After a competition asking students to submit their ideas on the theme of women in law over the next 100 years, Afrin Nanavatti won the Gwyneth Bebb First 100 Years Award and Chloe Kindon and Pelumi Coker (pictured above) shared the Elizabeth Lane First 100 Years Award.

The competition was generously funded by Aston University’s alumni and open to all the university’s law students. The Awards are named after pioneering female lawyers, Gwyneth Bebb and Elizabeth Lane, who played important roles in the early progress of women in the profession and have connections to the region.

Students were asked to submit ideas on the theme of the next 100 years of women in law and could choose whatever form they liked for their entries. The winning submissions were selected by judges, Grace Ononiwu CBE, Chief Crown Prosecutor for the West Midlands Region, Dana Denis-Smith, founder of the First 100 Years Project and Steve Allen, partner and head of law firm Mills & Reeve’s Birmingham office and president of the Greater Birmingham Chambers of Commerce.

Afrin took the Lady Justice symbol as her inspiration to create an artwork exploring intersectionality and the different obstacles to progress faced by women lawyers from different backgrounds.

Pelumi, who recently graduated from Aston, presented on the great strides and achievements of women in the legal profession over the last 100 years and how to tackle barriers to women’s progress over the next 100 years.  She is currently applying for training contracts and is hoping to work in commercial law.

Chloe who has just finished her second year and is about to begin a work placement at Lunn Groves solicitors in Stourbridge, played all the characters in her documentary piece exploring the history of women in law, feminism, equality and how more and more women are reaching the top of the profession.

Our founder, Dana Denis-Smith, said of the Awards:

‘Young people face exceptionally challenging times currently so I am delighted to lend our support to these awards, encouraging law students to look at what has been achieved in the 100 years since women were first permitted to practise the law, what the future of women in law holds and how they fit into that.’

‘Following a series of events organised by Aston Law School in 2019 to commemorate 100 years of women in law, we were delighted to be able to continue our efforts in encouraging further diversity and equality in the legal profession in the next 100 years of women in law. The submissions received from a wide range of our Aston Law School students were all both thoughtful and thought-provoking, demonstrating the continued relevance of such issues to our current students.’